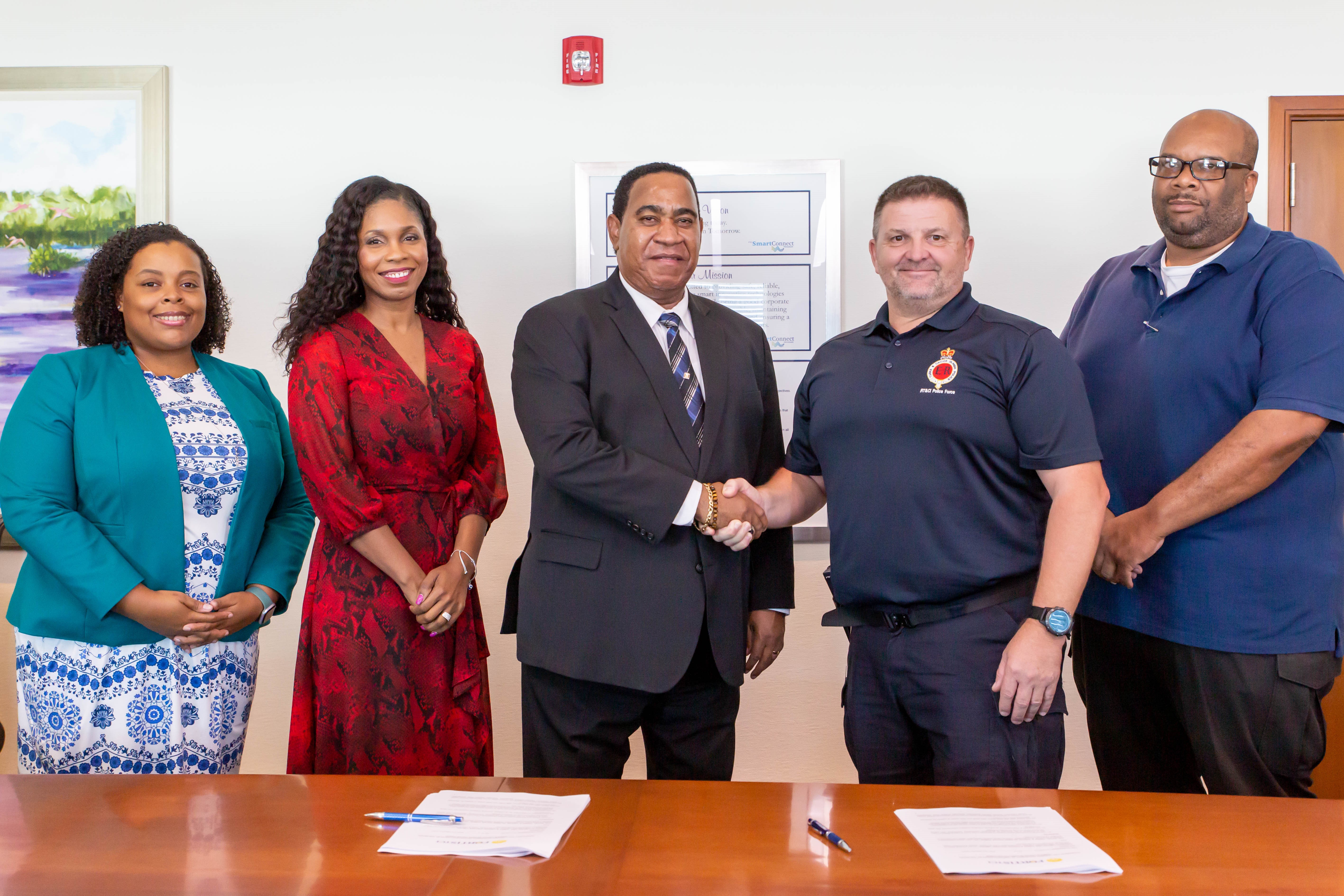 In line with an earlier agreement signed for Provo, FortisTCI will waive all pole attachment fees over the next three years, and the TCIG will pay for the energy usage of the cameras. This is the second phase of the Government's CCTV camera project with future installations to come for other islands. A police inspector and 911 support staff maintain 24-7 monitoring in their control room.

On hand for the signing was the Royal Turks and Caicos Islands Commissioner of Police Trevor Botting, who said, "The Royal Turks and Caicos Police Force appreciates the continued support from various stakeholders throughout the TCI like the partnership with FortisTCI in helping to combat crime. The installation of CCTV cameras aids the force in higher levels of monitoring in our communities and with solving criminal activity."

FortisTCI President & CEO said, "FortisTCI is again pleased to partner with the TCI Government and The Royal Turks and Caicos Islands Police Force to increase the installation of CCTV cameras across our islands. We all have a vested interest in making the Turks and Caicos Islands as crime free as possible. The company believes in public-private partnerships like this and are pleased that our utility infrastructure can be used to help keep our communities safe."