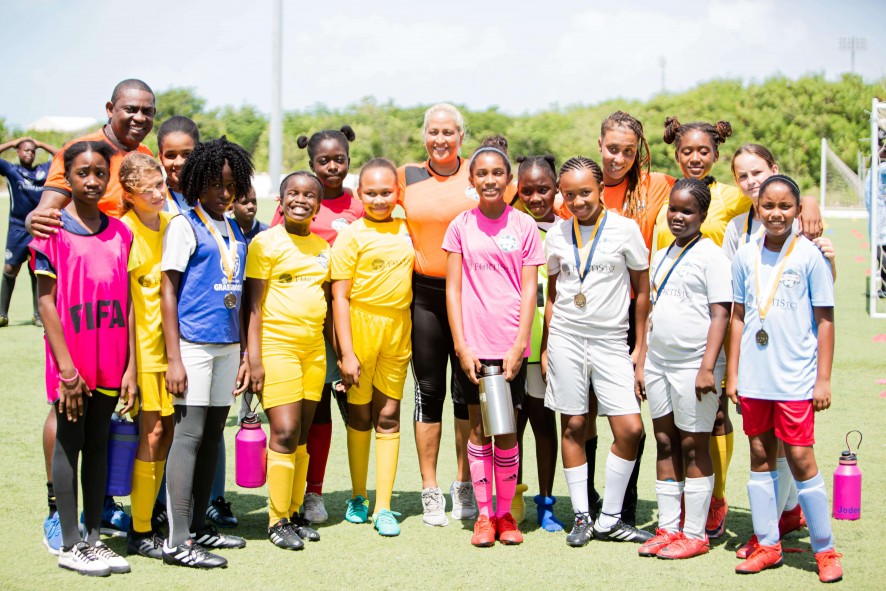 In its first year, the league started in Providenciales and welcomed 22 teams with nearly 300 boys and girls aged nine to 13 years.

League games are played once a week and supported by parents and a group of FortisTCI volunteers who assist with a fruit and water stand for the young athletes.

Following the success of the Providenciales league, and wanting to provide similar opportunities for youth throughout the islands, FortisTCI took the sponsorship a step further, and in the fall of 2018, launched similar leagues on Grand Turk, South Caicos and North Caicos, providing players in these islands with their first competitive youth football program.

With a league of their own, over 150 young footballers on the Sister Islands get a similar experience to what is offered in Providenciales, including a weekly fruit and water stand manned by FortisTCI volunteers.