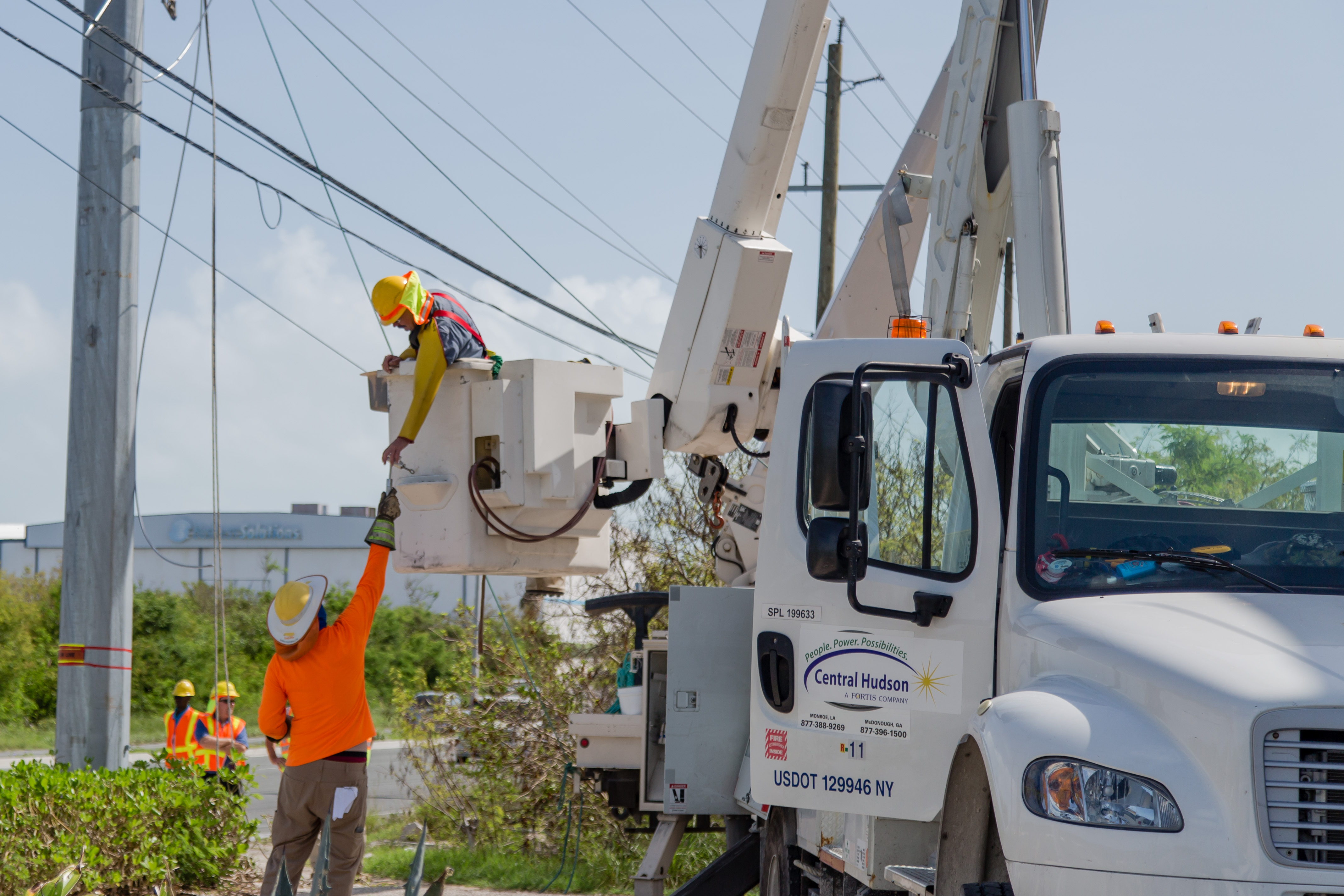 With Hurricane Maria now imminent, the 58-member Fortis team from Canada and Grand Cayman will move to a location away from Maria's direct track. The team will return immediately after the “All Clear” is given, and the Providenciales airport reopens.

FortisTCI President and CEO Eddinton Powell said, “While the Turks and Caicos Islands may be impacted by another major hurricane, FortisTCI is hopeful that any delays in the restoration of electricity services caused by Hurricane Maria will be limited. The Company and Fortis Inc are doing everything possible to resume repairs and system rebuilding as soon as it is safe to do so. The local utility crews, joined by the visiting members of the Fortis Group, have done an exemplary job thus far, and they will be back on the ground in short order working to restore service to our customers and the Country. The restoration of electricity will play a major role in getting the TCI back up and open for business."

Hurricane Irma caused significant damage to the Company’s transmission and distribution assets across all islands. Early assessments indicated that more than 1,200 poles were damaged or destroyed. There was also widespread downed power lines and the loss of other critical equipment used to deliver electricity to homes and businesses.

Despite many challenges, electricity has been restored to most essential services across the islands including airports, hospitals, emergency services, banks, grocery stores, gas stations and aviation fuel depots.

On South Caicos, service was restored to a few residential and commercial customers including some in parts of the town area.

On Grand Turk, service was restored to the water plant, the airport and the prison.

On Providenciales, crews continue to restore service to customers across the island daily.

FortisTCI has worked expeditiously to restore service to as many customers as possible in the shortest amount of time. Overall, crews have restored electricity to nearly 4,000 customers to date. The Company would like the public to be cognizant that the electricity system will remain stressed and susceptible to failures from hurricane-damaged equipment and components for some time even as we work on rebuilding the system.  Your patience is appreciated.

You can find regular updates from FortisTCI on the restoration process on the Company’s Facebook page.