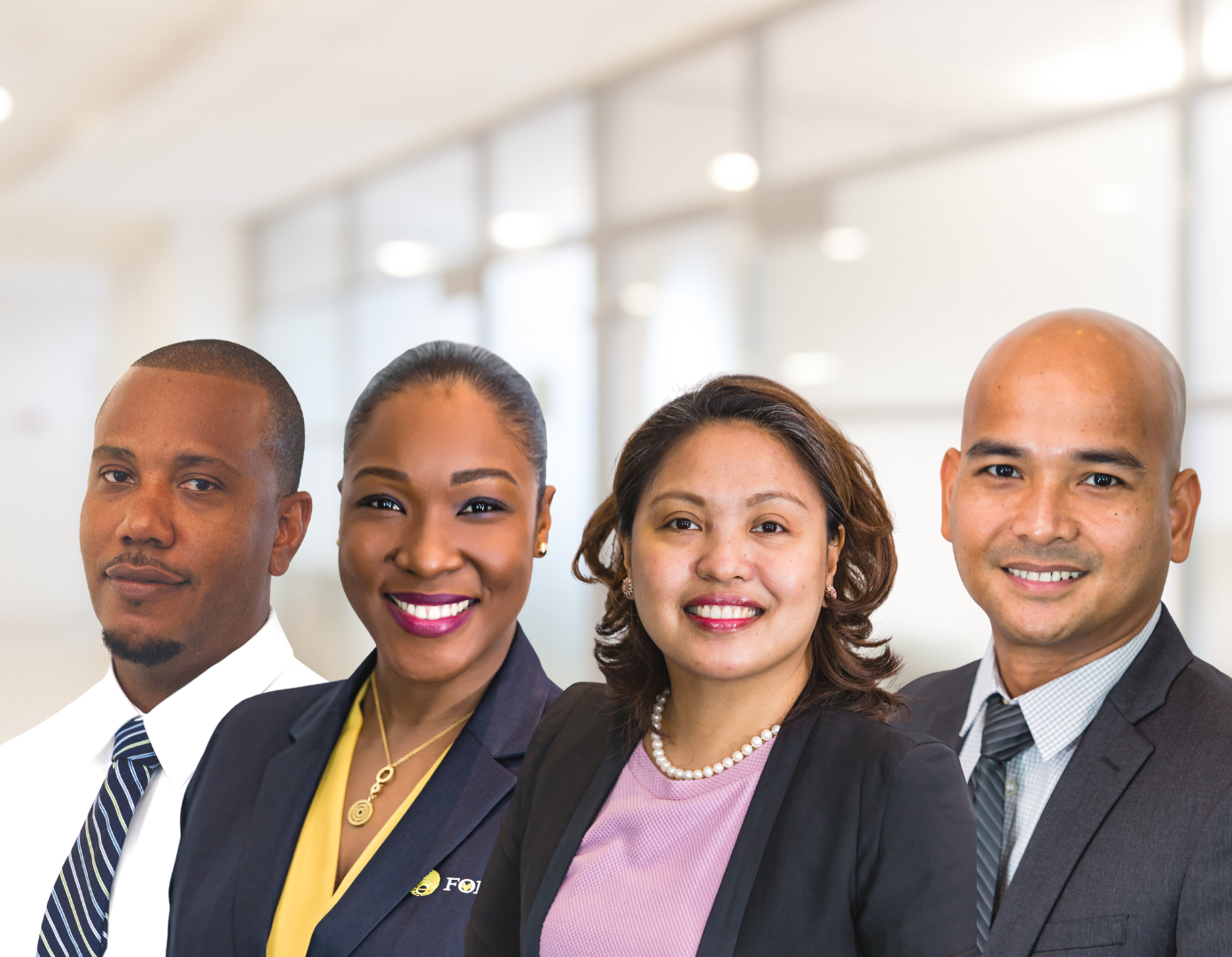 Providenciales, Turks and Caicos Islands (Monday, May 8, 2017) – FortisTCI (the Company) has announced expanded roles for four senior executives as a part of the Company’s organizational restructuring exercise. These new appointments took effect on March 1, 2017.

Mr. Forsyth joined the FortisTCI team in 2013 as Director of Engineering and Planning. He is a utility electrical engineering professional with 20 years’ experience in island utility systems. He began his career in the industry at the single generation plant in Grenada and moved through the ranks to become Manager of Planning and Engineering.

Mrs. Laporte joined FortisTCI in 2008 as Supervisor of Financial Services. In 2011 she was promoted to Manager of Financial Services and played a key role in several major finance projects designed to improve the Company’s treasury and financial reporting processes. In 2012 she was promoted to Director of Customer Services. As the leader in Customer Services, she focused on developing additional customer services in energy audits, automation of customer information and payments via the customer web portal, as well as enhancing Revenue Protection Services. She has also served on the committee that developed and introduced Renewable Energy Programs in FortisTCI.

Prior to joining FortisTCI, she worked as Principal Auditor for the Turks and Caicos Islands Government from 2003-2006. She also worked as Auditor for two years at one of the big four global auditing firms.

Mrs. Laporte graduated with a Bachelor’s degree with distinction in Accounting from Nova Southeastern University in Florida. A year later she achieved the professional designation of Certified Public Accountant (CPA).

Mrs. Buena-Munsayac joined FortisTCI in 2008 as Manager of Financial Services and was promoted to Director of Financial Services and Risk Management in 2011. While in the Finance Department, she led the implementation of financial controls and optimization of the use of the previous enterprise resource planning system.  She also facilitated the introduction of the Enterprise Risk Management (ERM) process.

In 2014 she transferred to Internal Audit where she was instrumental in the set-up of FTCI’s Internal Audit Department, ERM and Sarbanes-Oxley Readiness programmes. She has diverse industry experience covering energy and utilities, food and beverage, logistics, manufacturing, advertising, financing, real estate and banking. She previously worked as Manager at one of the big four global auditing firms.

She has a Bachelor’s degree in Accountancy and holds both Certified Public Accountant (CPA) and Certified Internal Auditor (CIA) certifications.

Mr. Gaviola joined FortisTCI in 2009 as Financial Reporting and Business Planning Consultant, focusing on compliance with International Financial Reporting Standards (IFRS) and development of financial models for business planning and analysis. He was promoted to Manager of Financial Services in 2012 and Director of Financial Services in 2014. He was instrumental in assisting the Company with obtaining its investment grade corporate credit rating from Standard & Poor’s and the subsequent inaugural issue of notes in the United States private placement market.

He has managed the Company’s financial reporting under both IFRS and United States Generally Accepted Accounting Principles (US GAAP). Previously, he worked as Audit Senior at one of the big four global auditing firms and managed assurance engagements for mostly international financial institutions.

Mr. Gaviola has a Bachelor’s degree in Accountancy and is a Certified Public Accountant.

FortisTCI President and CEO Eddinton Powell stated, “As we enter a new phase of business in the energy sector highly skilled talent will continue to be at the forefront of organizational success. I am particularly pleased that we have been able to promote from within because, across all four portfolios, these members of senior management have shown technical prowess, leadership growth and the capabilities and commitment to keep moving the Company in a forward direction. On behalf of the entire staff at FortisTCI, I am pleased to congratulate them on their professional and personal achievements.”