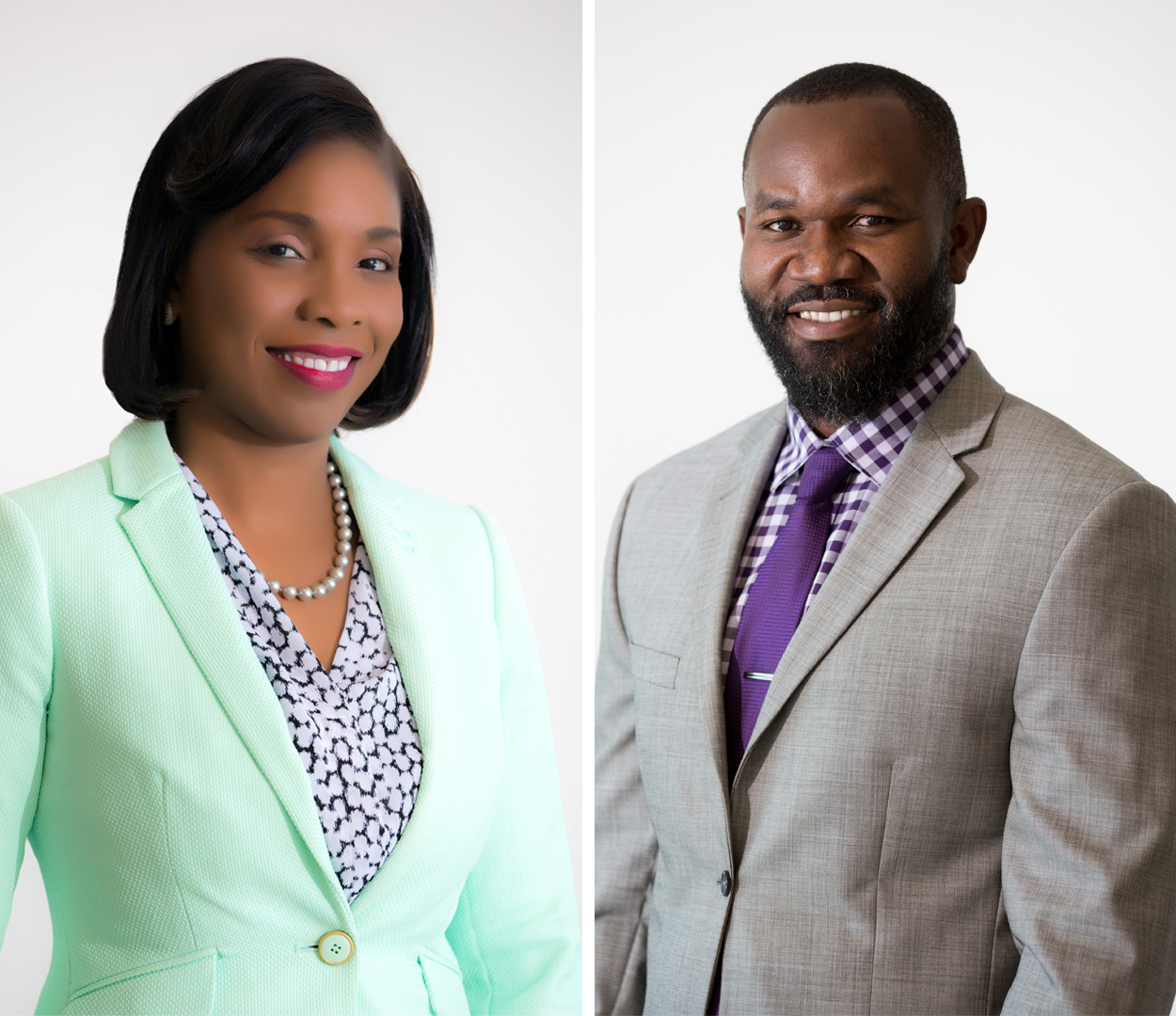 Providenciales, Turks and Caicos Islands (Wednesday, March 22, 2017) – FortisTCI (the Company) has announced the promotion of two of its Vice residents, Ruth Forbes and Devon Cox, to Senior Vice President with effect from March 1, 2017.

The promotions are part of a restructuring exercise, which sees the Company re-organised into three main divisions: Corporate Services; Operations; and nnovation, Strategic Planning and Information, Communications, Technology (ICT). This restructuring exercise is in response to changing market conditions, the rapid growth of the organization internally having moved from 70 to almost 170 employees in the past nine years, and externally with the expansion of the service territory. The restructuring exercise will also allow the company to become more customer-facing, streamlining processes and procedures to become more functional based, and aid succession planning at all levels in the organization. No employees have been or will be displaced as a result of this structuring exercise.

In her new role, Mrs. Forbes serves as Senior Vice President of Corporate Services, Chief Financial Officer, and Company Secretary. Her responsibilities include overseeing the Customer and Corporate Services, Human Resources, Finance, Internal Audit, and Legal roles within the Company. Mr. Cox is the new Senior Vice President of Operations and Assistant Corporate Secretary. His responsibilities include overseeing the Transmission, Distribution, Generation and Engineering roles within the Company, and the service territories of Grand Turk and the Sister Islands.

Offering congratulations on their new roles, FortisTCI President and CEO Eddinton Powell stated: “Ruth and Devon are part of a team of outstanding leaders at FortisTCI, and we are proud of the strides they have been making in the company over the past decade. Their leadership, dedication and consistent high
performance have helped FortisTCI to keep reaching new levels as a customer-focused organization. As CEO, I am proud to reward their efforts and in doing so, to once again demonstrate that we continue to be an organization that values and rewards excellence.”

Prior to her promotion, Mrs. Forbes served as Vice President of Finance and Chief Financial Officer from 2008. At the time, she had the distinction of being the youngest CFO in Fortis Inc., the parent company of FortisTCI. A promotion in 2012 added responsibility for Human Resources to her portfolio, and more
recently her remit included Information Technology. She joined the Finance Department in October 2006 and was promoted to Manager of Financial Services the following year. Before joining FortisTCI, she worked as a Senior Auditor at the accounting firm PwC (formerly PriceWaterhouseCoopers).

Among many outstanding initiatives at FortisTCI, Mrs. Forbes spearheaded the “Investors in People Certification” initiative, in which the Company became the first in the Turks and Caicos Islands to receive such designation. She also led the Company’s first US Private Placement Financing Transaction and its inaugural credit rating initiative with S&P (BBB). FortisTCI is the first private company in TCI to achieve Investor Grade Credit Rating.

Mrs. Forbes, who is from North Caicos, is a graduate of Raymond Gardiner High School. She has a Diploma in Business Administration (Honors) from University of Technology, Kingston, Jamaica and a Bachelor's degree in Accounting from Barry University, Florida, USA. She is a Certified Public Accountant (CPA) and a Certified Management Accountant (CMA). She serves on the Turks and Caicos Airports Authority Board and is a Director of the TCI Education Foundation. Mrs. Forbes is also Coordinator of the Children’s Ministry at Rock of Jesus Church. She is married to Keno Forbes and has a son, Isaiah Forbes.

Mrs. Forbes sees her new role as another platform from which to help the Company engage with its stakeholders and continue to make its mark in the community. “I’m honored to be given this opportunity by the Board and our CEO and thank them for their confidence in me. This achievement has also been possible due to the tremendous support of my family and a very great team at FortisTCI, and I look forward to serving my new position,” she stated.

Mr. Cox was formerly Vice President of Transmission and Distribution (T&D), following a promotion in 2013. In 2015, responsibility for Environmental Health and Safety was brought under his portfolio. He has been employed with FortisTCI since January 2007, and has served in a number of other roles, including Planning Engineer, Manager of T & D Planning, Manager of T & D Operations, and Director of T & D Operations. In 2012 he led successful negotiations of the street light takeover agreement in Providenciales between FortisTCI and the Turks and Caicos Islands Government (TCIG). Prior to joining FortisTCI, Mr. Cox worked for TCIG as Deputy Electricity Commissioner from 2004-2006 and acted in the role of Commissioner from 2005-2006.

A native of South Caicos and a graduate of Marjorie Basden High School, Mr. Cox attended the Turks and Caicos Community College before completing his Bachelor’s in Electrical Engineering at Wilberforce University in Ohio, USA. He earned his MBA from Webster University in Missouri, USA. Mr. Cox is a member of the National Society of Black Engineers (NSBE) as well as The Institute of Electrical and Electronics Engineers (IEEE). He is married to Nicole P. Cox and is the father of three children. He and his family attend Harvest Bible Chapel in Providenciales where he serves as a Youth Director and an Elder.

“I have been given a tremendous opportunity with this latest promotion and I’m grateful for the trust that the board of FortisTCI and our CEO Mr. Powell have placed in me.” Mr. Cox stated. “As FortisTCI, we are passionate about progress and as we look to the future, my goal is to ensure – with the help of my team – that we maintain operational excellence and continue to meet and exceed customer expectation in all areas,” he added.

Notes to Editors:
1) FortisTCI Limited (FTCI) is a wholly owned subsidiary of Fortis Inc., and is the sole provider of electricity in Providenciales, North Caicos, Middle Caicos, South Caicos, East Caicos and adjacent Cays. In August 2012, Turks and Caicos Utility Limited (TCU), which is the sole provider of electricity on the Islands of Grand Turk and Salt Cay, was acquired by FTCI. Together the two companies serve more than 14,500 electricity customers in the Turks & Caicos Islands archipelago. FTCI and TCU have an aggregate diesel-fired generating capacity of approximately 82 megawatts. For additional information, visit www.fortistci.com
2) Fortis is a leader in the North American regulated electric and gas utility industry with assets of more than CAD$48billion. The Corporation’s 8,000 employees serve customers at utility operations in five Canadian provinces, nine U.S. states and three Caribbean countries. Fortis shares are listed on the TSX and NYSE and trade under the symbol FTS.
Additional information can be accessed at www.fortisinc.com, www.sedar.com or www.sec.gov