The Schools' Poster competition, under the theme "2010, Year for Reading: TCI, Join the Rush" was opened to primary and secondary school students enrolled in private and government schools. Over 70 entries were received with Ona Glinton Primary School submitting the most entries in the primary school category and Clement Howell High School in the secondary school category.

First place and second place in the over 16 years age category went to Vanessa Velbur and McHenley Charles, both students of the Clement Howell High School.

Daphne Brooks-Penn, PPC's Manager of Corporate Services and Company Secretary in praising the students for their creativity and commitment, exclaimed "You truly put a lot of thought in your designs and through your creativity you were able to depict and highlight the ways we can all encourage and promote reading in the TCI."

Mrs. Brooks-Penn also stated, "At PPC we stand committed to investing in the local community and specifically we enjoy being an active sponsor in any event which promotes and encourages the development of our youth. PPC would like to thank the Ministry of Education for allowing us the opportunity to be part of positively shaping your minds and future. "

Mrs. Brooks-Penn presented the students with their awards and encouraged them to share the joys of reading with their friends and family. 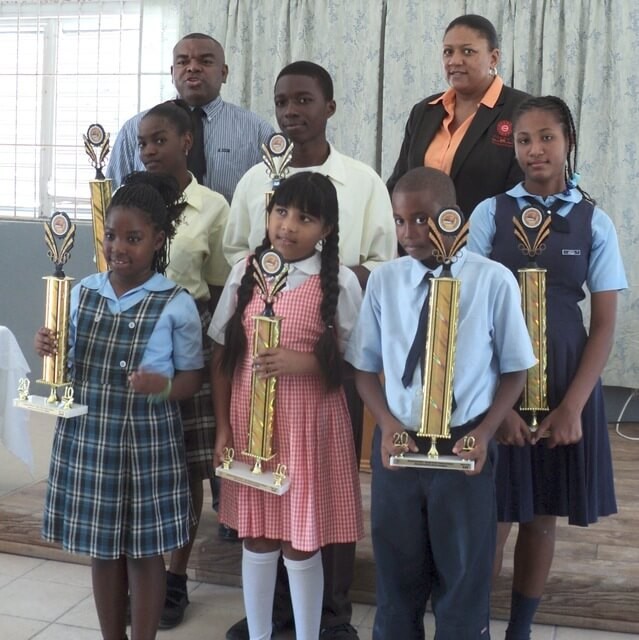 PPC's Daphne Brooks-Penn and Edgar Howell, Director of Eduction with the first place winners of the poster competition.