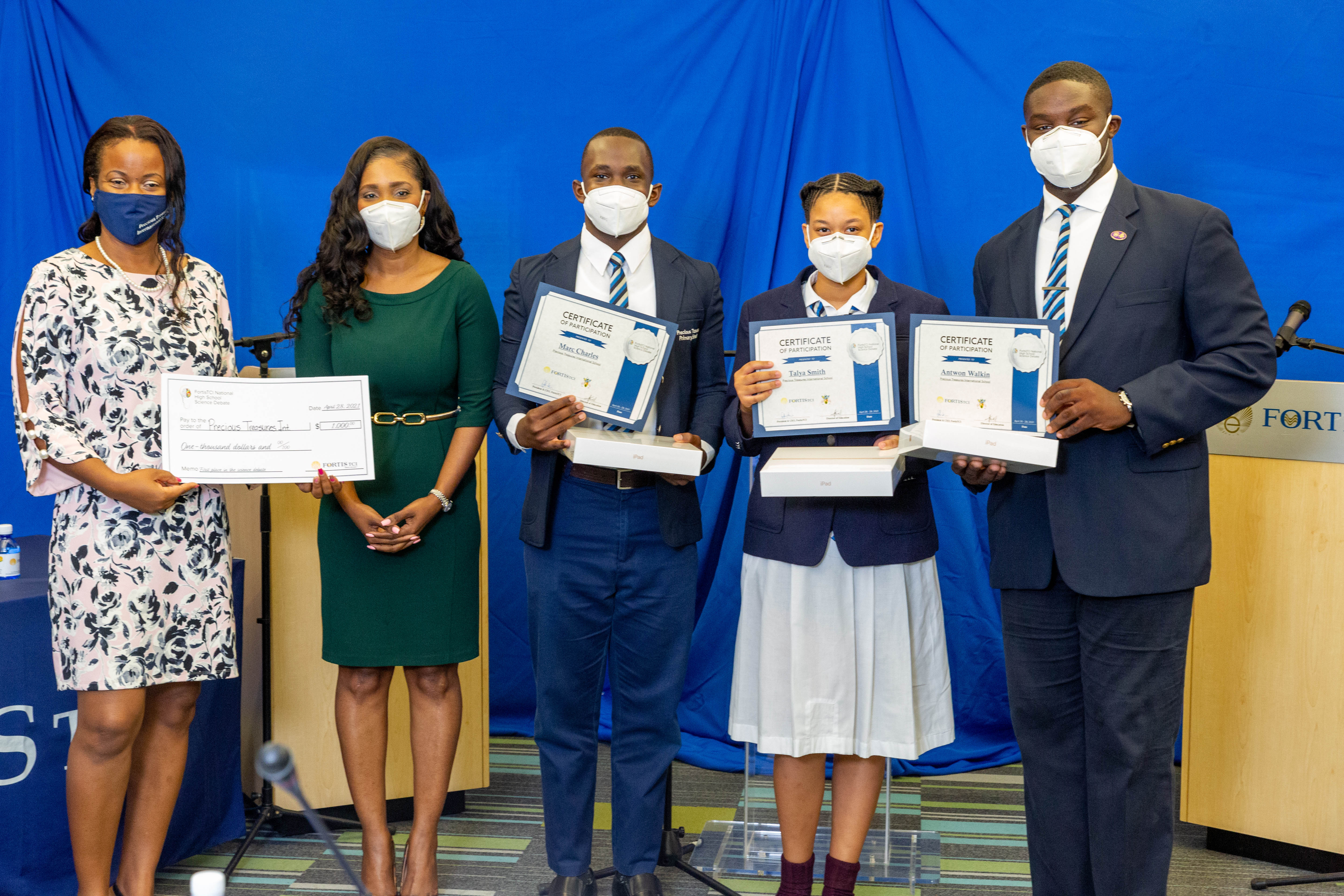 Providenciales, Turks and Caicos Islands (Wednesday, April 28, 2021) – The FortisTCI National High School Science Debate concluded at the company’s headquarters on Providenciales with a matchup between H.J. Robinson High School and Precious Treasures International School. In the end, it was Antwon Walkin, Talya Smith and Marc Charles competing for Precious Treasures International School who emerged as the winners of the first FortisTCI National High School Science Debate.

This inaugural debate was live-streamed on Facebook and YouTube, and the competition spanned three days, with preliminary rounds between eight schools on Monday, April 26. Winners from day one moved onto the semi-finals on Tuesday, April 27, before day two winners proceeded to the finals on Wednesday, April 28. Teams debated on a varied number of topics that touched on some of the world’s most pressing matters.

FortisTCI President and CEO said, “I am pleased that despite the challenges brought on by the pandemic, FortisTCI was able to once again partner with the Ministry of Education to showcase that our commitment to Science, Technology, Engineering and Math education remains steadfast. We want to do more to ensure that our young people get the STEM education and opportunities they need to solve the problems of our world. Providing opportunities such as this, for our students to ask questions and debate some of the top current global issues, ignites their imaginations and helps direct them towards further study and careers through which they can make a lasting impact.”

Mrs. Forbes continued, “I want to thank the Ministry of Education, the judges and hosts, as well as the organizing teams at FortisTCI. On behalf of my colleagues, I also send a hearty congratulations to Precious Treasures International School and all of the participants for a job well done. We look forward to hosting the next science debate in 2022.”

Topic: Should humans invest in technology to explore and colonize other planets?

Topic: Should humans pursue the development of artificial intelligence?

Topic: Does fishing threaten the sustainability of the marine ecosystem?

Topic: Should the Caribbean depend on fossil fuels or renewable energy?