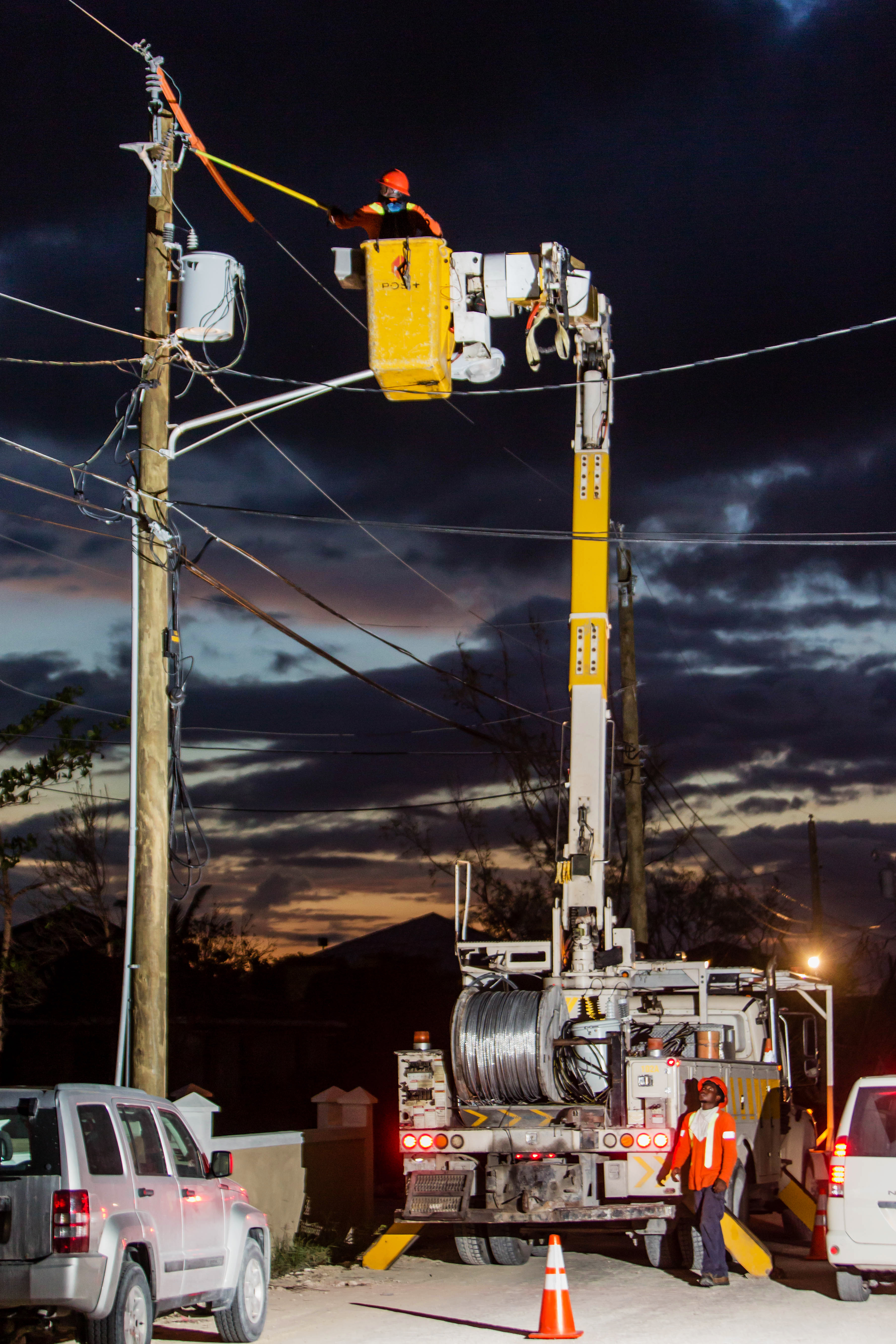 Providenciales, Turks and Caicos Islands (Monday, September 25, 2017) FortisTCI (the Company) announced today that there are no additional major damages to the electricity infrastructure across the Turks and Caicos Islands (TCI) as a result of Hurricane Maria. Additionally, only minor outages occurred during the passing of the storm, impacting very few of the nearly 4,000 customers whose electricity was restored following Hurricane Irma.
On Saturday, September 23, after the ‘all clear’ was issued by the Department of Disaster Management and Emergencies (DDME), FortisTCI local crews resumed restoration of services, which had been temporarily suspended to prepare for Hurricane Maria.  On the ame day, 60 members of the Fortis team visiting from Canada and Grand Cayman returned to Providenciales and joined the local crews across the islands on Sunday, September 24.
FortisTCI, supported by its parent Company Fortis Inc., is keen on restoring electricity to the TCI as quickly as possible and has recently signed an agreement to deploy an additional 60 utility workers across the TCI. These additional crews will assist with repairing and rebuilding the transmission and distribution (T&D) infrastructure in areas severely damaged or destroyed.

President and CEO Eddinton Powell said, “Our T&D systems across the islands suffered considerable damage as a result of Hurricane Irma, and unlike some of our Caribbean neighbors, the TCI was fortunate to have experienced minimal impact from Hurricane Maria, which has allowed the Company to resume restoration very quickly. While full recovery will take some time due to the extensive damage caused by Hurricane Irma, the additional utility workers expected to arrive this week will provide significant added resources. It is important that we build and repair the system fast, and it is equally important that we build and repair the system to be strong and resilient.”
To assist customers affected in the aftermath of Hurricane Irma and Hurricane Maria, FortisTCI is waiving account penalties from September 7 through November 30 of this year. FortisTCI also announces that as of Wednesday, September 27, the Provo and North Caicos offices will open to the public during regular business hours. The Company hopes to open its Grand Turk and South Caicos offices to the public during the following week.
FortisTCI would like to remind customers that the electricity system will remain stressed and susceptible to failures from hurricane-damaged equipment and components for some time even as work is ongoing to rebuild the system.  Your patience is appreciated.
Regular updates on the restoration process can be found on the Company’s Facebook page or by contacting the customer call center at 649-946-4313.