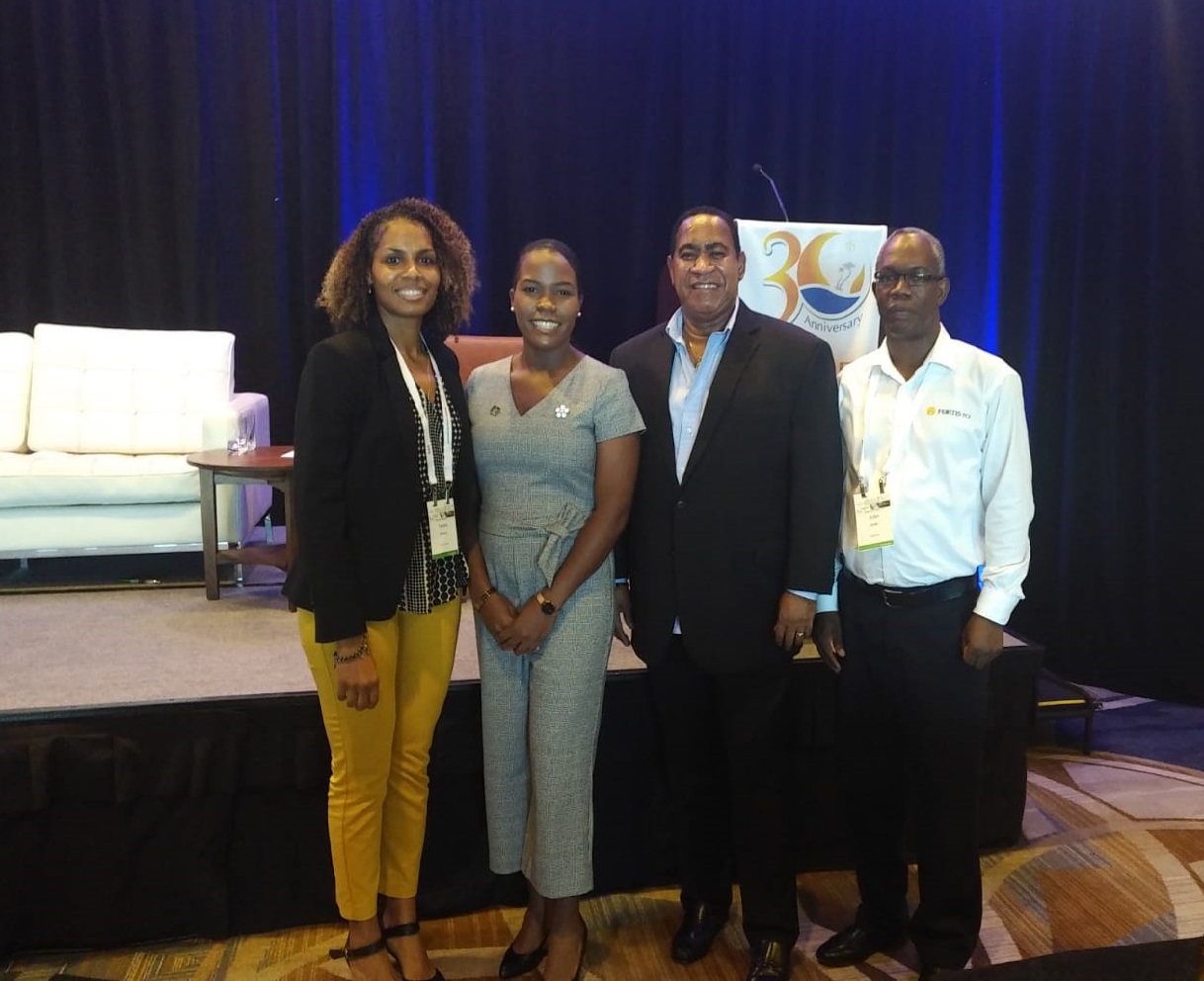 Providenciales, Turks and Caicos Islands (Wednesday, September 25, 2019) – FortisTCI Resource Planning and Utility Analytics Officer TeAnn Thomas was one of several presenters at this year’s CARILEC Renewable Energy and Smart Grid Conference and Tradeshow in Miami Florida from September 15 to 19. The conference was held under the theme “Rethinking Resilience in an Era of Disruption,” and brought together utility professionals, regulators and government representatives from across North America and the Caribbean region.

TeAnn, alongside Rocky Mountain Institute Associate Sydney Jules, took to the stage as the youngest presenters to talk about the Turks and Caicos Islands Resilient National Energy Transition Strategy (R-NETS).The pair provided an overview of R-NETS, which calls for the integration of more solar PV over the next 22 years, and spoke about the importance of the Government, the utility, and other major stakeholders coming together to create a shared vision for the county’s energy future.

TeAnn also explained how FortisTCI recovered in record-breaking time following Hurricanes Irma and Maria in 2017. “Resilience requires costly upfront investments and system redundancies in order to restore electricity service and get the economy going as quickly as possible following natural disasters,” she stated.

TeAnn also said, “There is a growing requirement to balance both least-cost and reliability, while enhancing resiliency of electricity systems must start at the planning stage and take a phased approach that allows flexibility of resources, ensures system hardening and minimizes fuel volatility risks, especially for heavily dependent small island nations.”

TeAnn currently serves as a member of Women in Renewable Energy (WIRE) Network. She joined FortisTCI in 2014, and in 2018 earned a Master’s degree in Development Economics from Dalhousie University in Halifax, Nova Scotia, through the company’s employee scholarship program. In May 2019 she was promoted to her current role.

FortisTCI President and CEO Eddinton Powell stated, “TeAnn’s masterful presentation, which was well received by the conference attendees, underscored her outstanding preparation and the depth of her knowledge of the subject matter. She did herself, FortisTCI and the Turks and Caicos Islands proud and I am pleased to commend her once again on a job well done.”

Mr. Powell, who is also Chairman of CARILEC, offered welcoming remarks at the opening of the conference, and Congresswoman Stacey Plaskett, United States Virgin Islands’ House Representative, made the keynote address. Serving as a part of the Turks and Caicos Islands delegation and representing FortisTCI, Senior Director of Corporate Communications Talisha Simons and Technical Consultant of Engineering, Transmission and Distribution Standards, and Sister Island Operations Alden Smith were also in attendance.