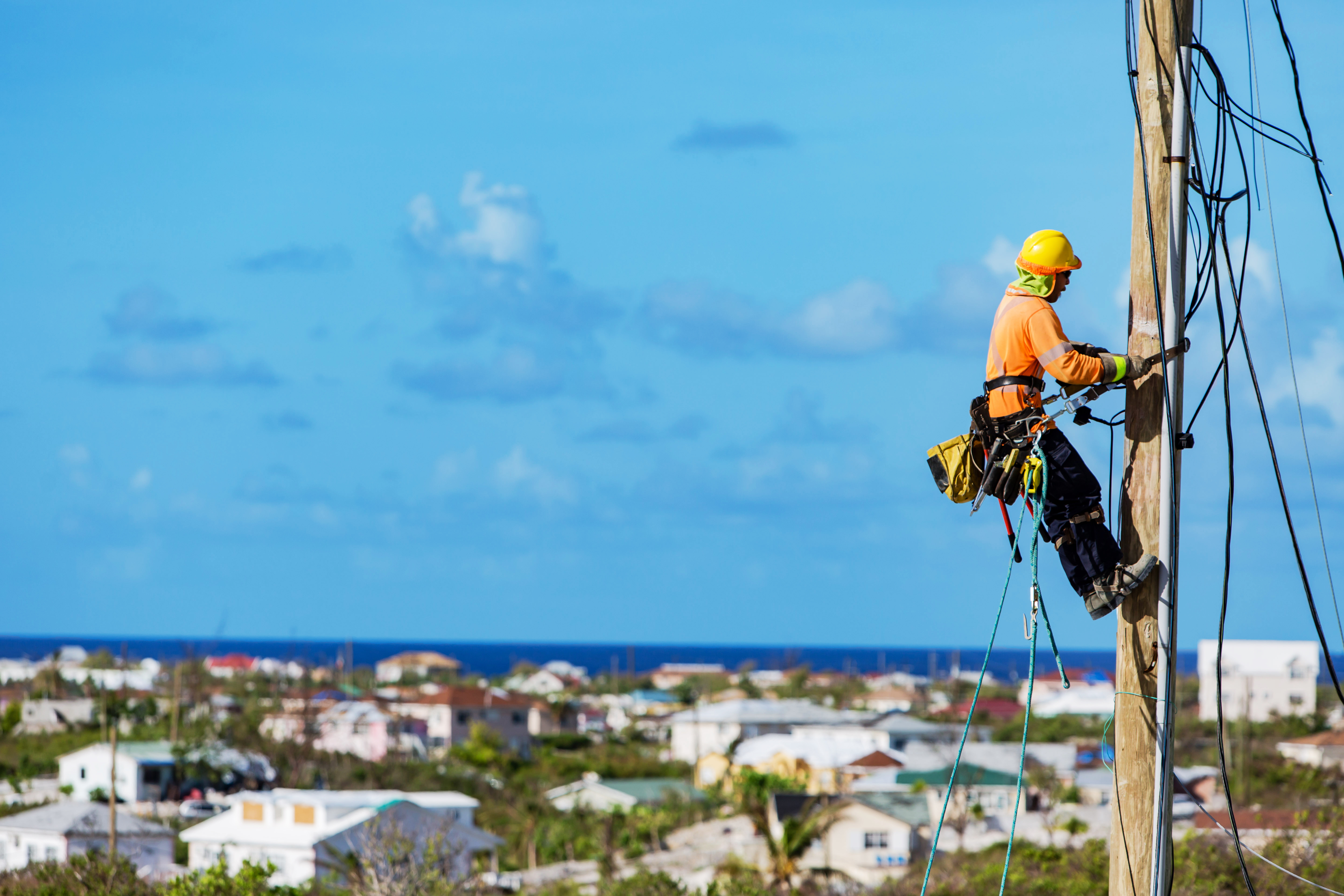 The award is presented to EEI member companies to recognize their extraordinary efforts to restore power to customers after service disruptions caused by severe weather conditions or other natural events. The winners were chosen by a panel of judges following an international nomination process, and the awards were presented during EEI’s Winter Board and Chief Executives Meeting in Scottsdale, Arizona in the United States of America (USA). FortisTCI was among many strong contenders for the Recovery Award, including Florida Power & Light, Tampa Electric Company and Duke Energy.

FortisTCI completed full restoration of electricity to its customers across the Turks and Caicos Islands (TCI) on November 6, 2017, less than 60 days following the passing of Hurricane Irma. Damage across the archipelago varied with as much as 90% of the electric utility infrastructure destroyed in some places like Grand Turk and Salt Cay. The massive response by FortisTCI was supported by parent company Fortis Inc. and the Fortis group of companies across the USA, Canada and the Cayman Islands.

“The tireless work by FortisTCI crews during Hurricane Irma exemplifies our industry’s commitment to customer service,” said EEI President Tom Kuhn. “While many of FortisTCI’s employees were impacted by the storm, crews worked diligently and often in dangerous conditions to restore service to customers safely and as quickly as possible. The dedicated crews of FortisTCI are very deserving of this award.”

FortisTCI President and CEO Eddinton Powell said, “The effort put forth by all of the Fortis crews and contractors in the TCI following Hurricane Irma was remarkable. They committed themselves, every day until the job was done, to restoring electricity to our customers as quickly and as safely as possible, right across the Turks and Caicos Islands! It was this commitment to our customers that made the difference. We knew that it was important that the country reopen for business quickly.”

Mr. Powell added, “Our quick restoration efforts were also made possible by the important assistance of His Excellency the Governor, the Honourable Premier, the Deputy Premier, the Honourable Minister of Utilities, and other government agencies. In addition, the support of our local business partners and the patience of our communities on all Islands were invaluable. The true winners are the electricity consumers of the Turks and Caicos Islands and the country itself.”

Barry Perry, President and Chief Executive Officer, Fortis Inc said, “Getting the lights back on following the devastation caused by Hurricane Irma was critical to the country’s well-being.  We thank Edison Electrical Institute for recognizing our team at FortisTCI for demonstrating true leadership and excellent work execution during this difficult time. We could not be prouder of FortisTCI and the entire group of Fortis companies who assisted with recovery efforts.”

Fortis Inc. and its group of companies were also presented with EEI’s “Emergency Assistance Award” for its efforts in supporting the TCI’s hurricane recovery.