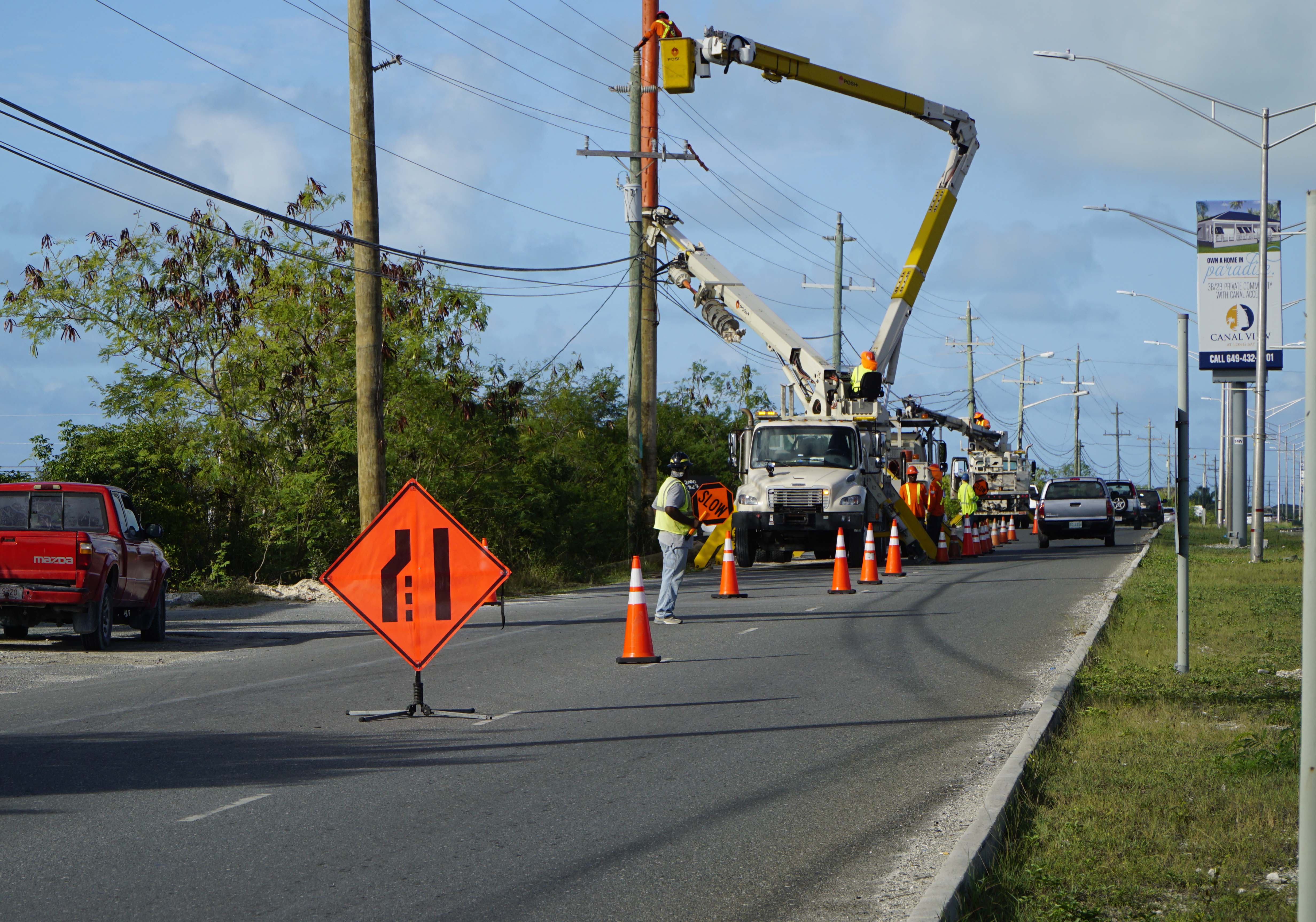 Providenciales, Turks and Caicos Islands (Thursday, September 29, 2016) – FortisTCI wishes to advise customers that the Company will undertake a major $1.5 million transmission line relocation and upgrade project expected to last for up to eight months. The project will be carried out in three phases and includes the installation of more than one-hundred poles at various locations along Leeward Highway westbound between the Tropicana Plaza Roundabout and the FortisTCI Provo Generation Site.

Phase 1 is scheduled to continue through the end of December 2016 and will have traffic implications from Tropicana Plaza to Beaches Roundabout. As a result, motorists are asked to take caution while driving on the roadways and reduce speed in dedicated work zones that are marked by traffic cones and barriers.

This project will also require planned outages from time to time. The Company will make all efforts to notify affected customers not less than 48 hours prior to any planned interruption in service. FortisTCI will issue regular public updates throughout the duration of the project.

This transmission upgrade is a necessary precursor to several major Transmission and Distribution (T&D) infrastructural projects that FortisTCI is actively pursuing, including the seabed transmission cable to North Caicos and the expansion and upgrade of the Grace Bay Substation. Also, with the imminent opening of a major resort in the Long Bay area, and the projected growth based on other planned developments, this project will maintain the reliability of service while increasing the load capabilities of this section of the (T&D) system.

FortisTCI would like to thank the public in advance for their understanding and cooperation.