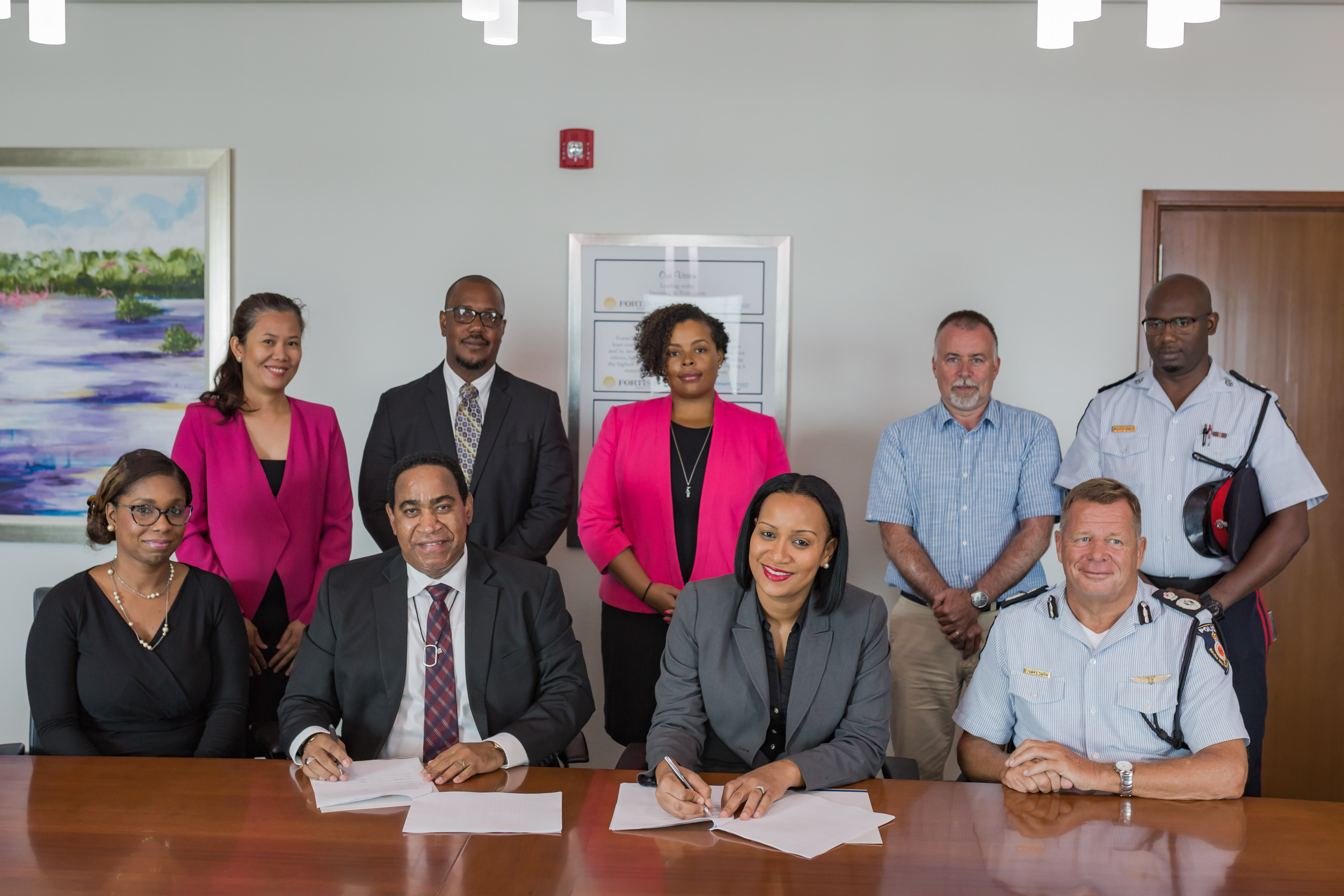 Providenciales, Turks and Caicos Islands (Thursday, June 7, 2018) – FortisTCI announces a formal partnership with the Turks and Caicos Islands Government (TCIG) for the installation of closed circuit television (CCTV) camera equipment on utility poles in Providenciales. As a part of the joint agreement signed on Tuesday, June 5, TCIG will pay for the energy usage of the cameras and FortisTCI will waive all pole attachment fees over the next three years.

The Royal Turks and Caicos Islands Commissioner of Police James Smith announced in a press conference on May 1st that approximately 120 high definition and high resolution cameras will be installed across Providenciales in the project’s first phase. The project includes a monitoring control room that will be manned 24-7 by a police inspector and 911 support staff. The Commissioner also stated that in phase two, cameras will be installed on Grand Turk and other islands. The implementation of CCTV to help curb criminal activity has been under discussion for some time in the TCI.

Signing on behalf of the Royal Turks and Caicos Islands Police Force, the Acting Governor Her Excellency Anya Williams said, “I am pleased to see this project come to fruition, which will help the police actively monitor various areas throughout the country and assist in identifying criminal offenders. I'm sure these efforts will help our citizens, residents and visitors alike, to feel safer, knowing that surveillance cameras are a further aid to protecting our streets.”

The Commissioner of Police stated, “CCTV assists many countries around the world in monitoring and solving criminal activity and gathering evidence to solve other types of misconduct. It may also aid in deterring illegal activity from occurring in the first place, particularly where monitors are known to be installed.”

FortisTCI President & CEO said, “FortisTCI strongly believes in and understands the importance of public-private partnership in building a robust Turks and Caicos Islands. The company is pleased to support the police with its CCTV project, and will continue to offer its support and partner in ways that promote solutions that are beneficial to the country.”

The project will be led by TCIG and the Royal Turks and Caicos Islands Police, in conjunction with their contractor for the installation and operation of all surveillance cameras. The project is expected to commence in the coming weeks.