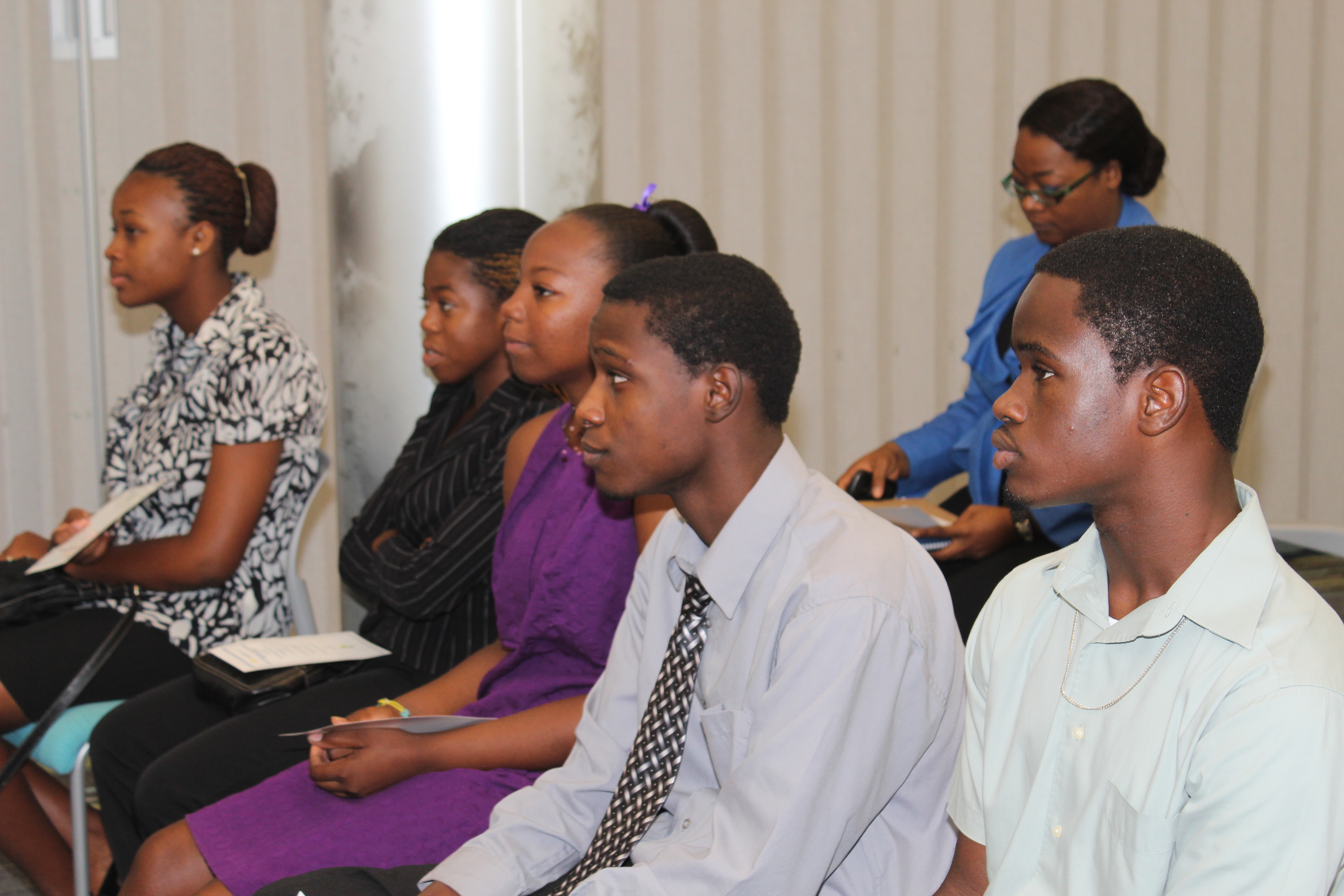 This is the second year that FortisTCI has offered SIP and SSEP following its initial launch last year. Eighteen (18) fourth and fifth form students enrolled this year in SIP worked for two week periods during the month of July learning about the various technical and non-technical fields within FortisTCI. Five (5) additional college students through SSEP, a more intensive hands-on programme for those seeking their Associates and/or Bachelor’s degrees, are working for two months in areas that coincide with their chosen field of study. The programs are designed to expose young Turks and Caicos Islanders to the many career options available to them within the electricity utility industry and the wider economy. Mentors and program leaders bring awareness to the required skills and experience necessary for job placement and stress the importance of higher education.

All students enrolled were required to attend orientation and learn about the Company’s environment and safety policies. Students met with the Executive Team, various heads of departments, and completed a full tour of the electricity plant. Through both SSEP and SIP, students have had the opportunity to: build computer applications, open/close accounts, write business proposals, work with numerous Microsoft programmes, learn how to complete new service installation inspections, learn about power theft discovery, complete cable locating for underground distribution projects, shadow personnel during feeder upgrades, work alongside linemen to learn about connections, troubled calls, line extensions, and much more.

FortisTCI Director of Human Resources Judy Missick said, “We are very pleased with the group of candidates participating in this year’s student summer programs and the experiences that have been afforded to them. As SSEP and SIP continue to evolve, and as students’ progress in their academic studies locally and abroad, we believe that this programme will make a positive contribution to the development of the Turks and Caicos Islands’ most valuable asset: its human resources.”

Students interested in participating in SSEP and SIP next summer can look for announcements on both programmes in January 2014. The deadline to submit applications is April 30, 2014.

1) FortisTCI Limited (FTCI) became a wholly owned subsidiary of Fortis Inc. located in Newfoundland, Canada in August 2006. Turks and Caicos Utility Limited (TCU), which is the sole provider of electricity on the Islands of Grand Turk and Salt Cay, was acquired by FTCI in August 2012. FTIC is the sole provider of electricity in Providenciales, North Caicos, Middle Caicos, East Caicos and adjacent Cays, and South Caicos. Together the two companies serve approximately 12,000 electricity customers in the Turks & Caicos Islands. The Utilities have an aggregate diesel-fired generating capacity of approximately 75 megawatts. Additional information on FortisTCI can be accessed at FortisTCI

2) Fortis Inc. is the largest investor-owned gas and electric distribution utility in Canada. Its regulated utilities account for 90 per cent of total assets and serve more than 2.4 million customers across Canada and in New York State and the Caribbean. Fortis owns non-regulated hydroelectric generation assets in Canada, Belize and Upstate New York. The Corporation’s non-utility investments are comprised of hotels and commercial real estate in Canada and petroleum supply operations in the Mid-Atlantic Region of the United States. Fortis Inc. shares are listed on the Toronto Stock Exchange and trade under the symbol FTS. Additional information can be accessed at www.fortisinc.com or www.sedar.com.