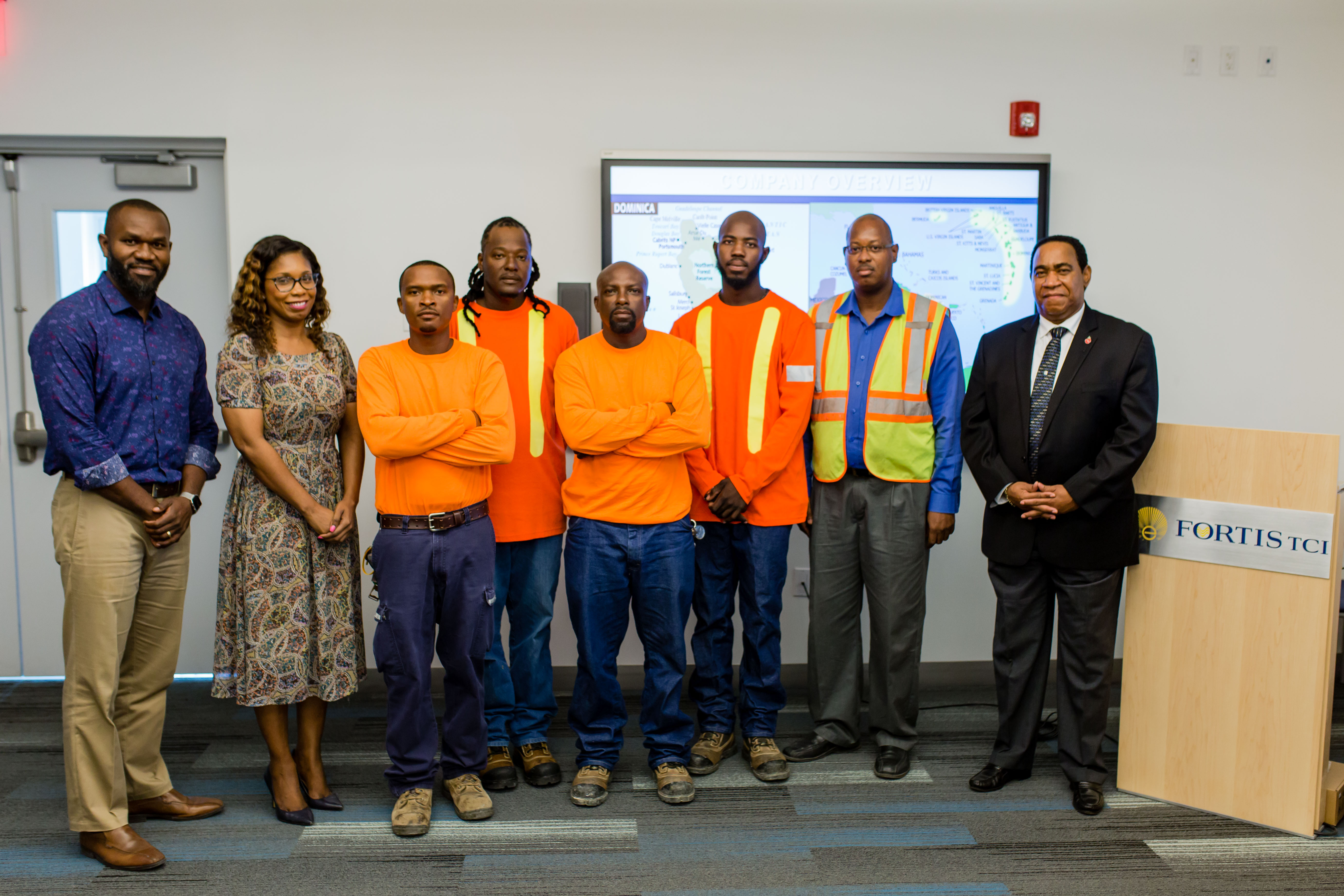 Providenciales, Turks and Caicos Islands (Thursday, November 16, 2017) FortisTCI (the Company) is sending a five-member crew from the Turks and Caicos Islands to assist with the restoration of electricity in Dominica, the Company announced today. It was in mid-September that Hurricane Maria, a destructive category 5 storm, wreaked havoc on the country, destroying infrastructure, demolishing homes and killing more than 25 people.
The request for assistance came to FortisTCI through the Company’s membership with Caribbean Electric Utility Services Corporation (CARILEC), an association of electric services, and other stakeholders operating in the electricity industry in the Caribbean region, and elsewhere. CARILEC is known locally for having assisted the Turks and Caicos Islands back in 2008 following Hurricane Ike, sending 40 utility workers to help rebuild the Transmission & Distribution network on Grand Turk.

FortisTCI President and CEO Eddinton Powell said, “We are thankful to be in this position. We recently completed the restoration of electricity across Turks and Caicos, and we can now extend a helping hand elsewhere in the region. It is important that we support where and how we can. Dominica needs our help right now, and I could not be more proud of the team from FortisTCI that has volunteered to go and help restore electricity to the citizens and residents there. We know that our colleagues will do a superb job.”

The five FortisTCI employees will depart the TCI for Dominica on Thursday, November 16, 2017. The FortisTCI team will spend three weeks working as a part of the restoration efforts, joining several crews assisting from elsewhere around the Caribbean. The team includes senior journeymen linemen Gregory Thomas, Kavin Ewing and Aneil Lightbourne, a 3rd-year apprentice Jeffery Desir, and the Manager of Environmental Health and Safety Marcus Francis.
###

1) FortisTCI Limited (FTCI) is the sole provider of electricity on Providenciales, North Caicos, Middle Caicos, South Caicos, East Caicos and adjacent Cays. In August 2012, Turks and Caicos Utility Limited (TCU), which is the sole provider of electricity on the Islands of Grand Turk and Salt Cay, was acquired by FTCI. Together the two companies serve more than 15,500 electricity customers in the Turks & Caicos Islands archipelago. FTCI and TCU have an aggregate diesel-fired generating capacity of approximately 82 megawatts. For further information visit www.fortistci.com

2) FortisTCI is a subsidiary of Fortis Inc., a leader in the North American regulated electric and gas utility industry. For further information visit www.fortisinc.com.